Thanks to the beautiful autumn we’ve been having, I’ve had the chance to go walking in lots of different parts of Amsterdam lately. I vary my destination based on which friend I am meeting up with, how long I have until the next predicted rain shower or if I am in another neighbourhood for some errand, and I usually try to loop through a park if possible.

The other day I needed to pick up second hand gum-boots that I’d found via Marktplaats in Sloten, an area of Amsterdam where I rarely go. While planning my route on Google maps I spotted a small green area and decided to take a look on my way back.

At first I thought I couldn’t enter the park and that it was just a green wetland for birds as there were many coots and geese pecking around in the grass undisturbed. But I cycled around the perimeter until I found an entrance and a plaque with the name Natuurpark Vrije Geer.

The sky was grey as I walked along the path. The park had recently undergone maintenance as lots of reeds and grasses had been cut around the remaining shrubs and trees. It was quiet, with birds flitting here are there among the willows, tall reeds, ferns and autumn colours…

I also came across trees laden with funny fruit that look like a small brown apple with tentacles. Some light googling later on led me to the Dutch name mispel (or medlar in English) which is a plant that has been cultivated since the Roman times and carries fruit into the winter. Apparently you eat the medlar when it is overripe and has become sweet like apple sauce. I’m curious to try it!

Back home I read up about the history of the park. I found out that in the 90s the city of Amsterdam was rapidly transforming meadows and nature in the area into constructible zones and also threatened to run the tram line through this space. There were protests against this, which led to a local referendum in which over 200 000 people voted. Luckily 90% voted against housing construction and that’s how the park is a thriving ecosystem to this day. I found it interesting to read that the municipality was surprised that so many people showed up to vote for keeping a piece of land barely anyone was aware of before. To me this is an important reminder of how vital it is to involve citizens in decisions that impact their environment.

Click the links for more info about the referendum for Natuurpark Vrije Geer and the fauna and flora it harbours (in Dutch).

Last week, on a quiet Friday morning I went for a walk with my Mum and her partner at Marly-le-Roi. We did our usual round through paths beneath the tall trees and then they chilled on a bench while I went to explore the place that had caught my eye.

Whereas the grass is yellow and dry through most of the parc for lack of rain, there is this large dip teeming with young trees, waving reeds and wild flowers.  I made my way around it slowly admiring the gorgeous colours and variety of plants. 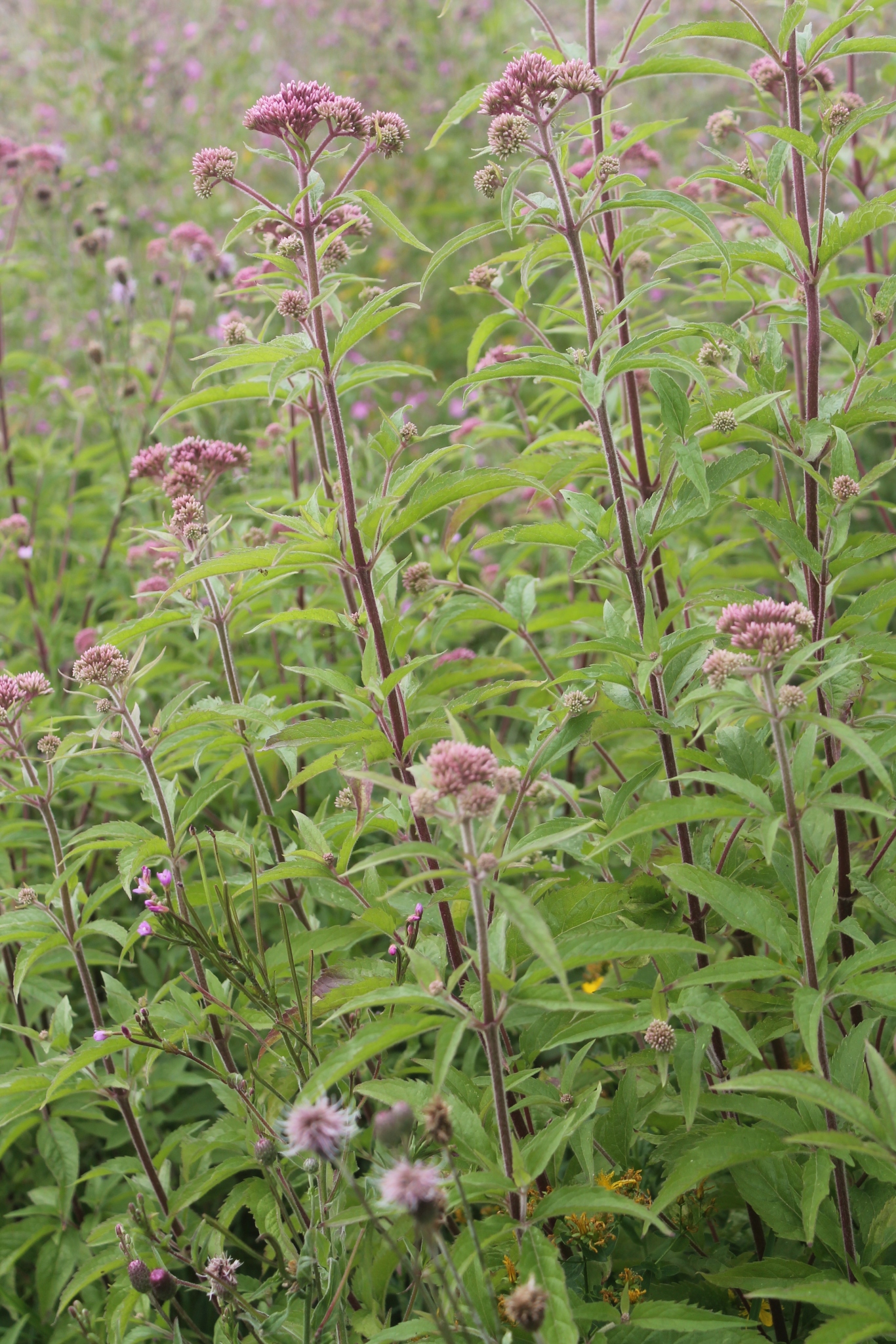 At one point I stepped on a dry branch close to the side and startled something.  I just caught sight of the backs of a couple of deer bounding away before they disappeared into the thick of the reeds, leaving no trace.

I love the colours of this little eco-system, the pastel pinks and silvery greens combining with the light reed tops and darker greens of the shrubs.  This space is so lush and wild in contrast to the highly symetrical layout and trees trimmed in cone-shapes of this part of the parc. I am glad that these little of bushy pockets remain for the wildlife to take shelter and thrive. 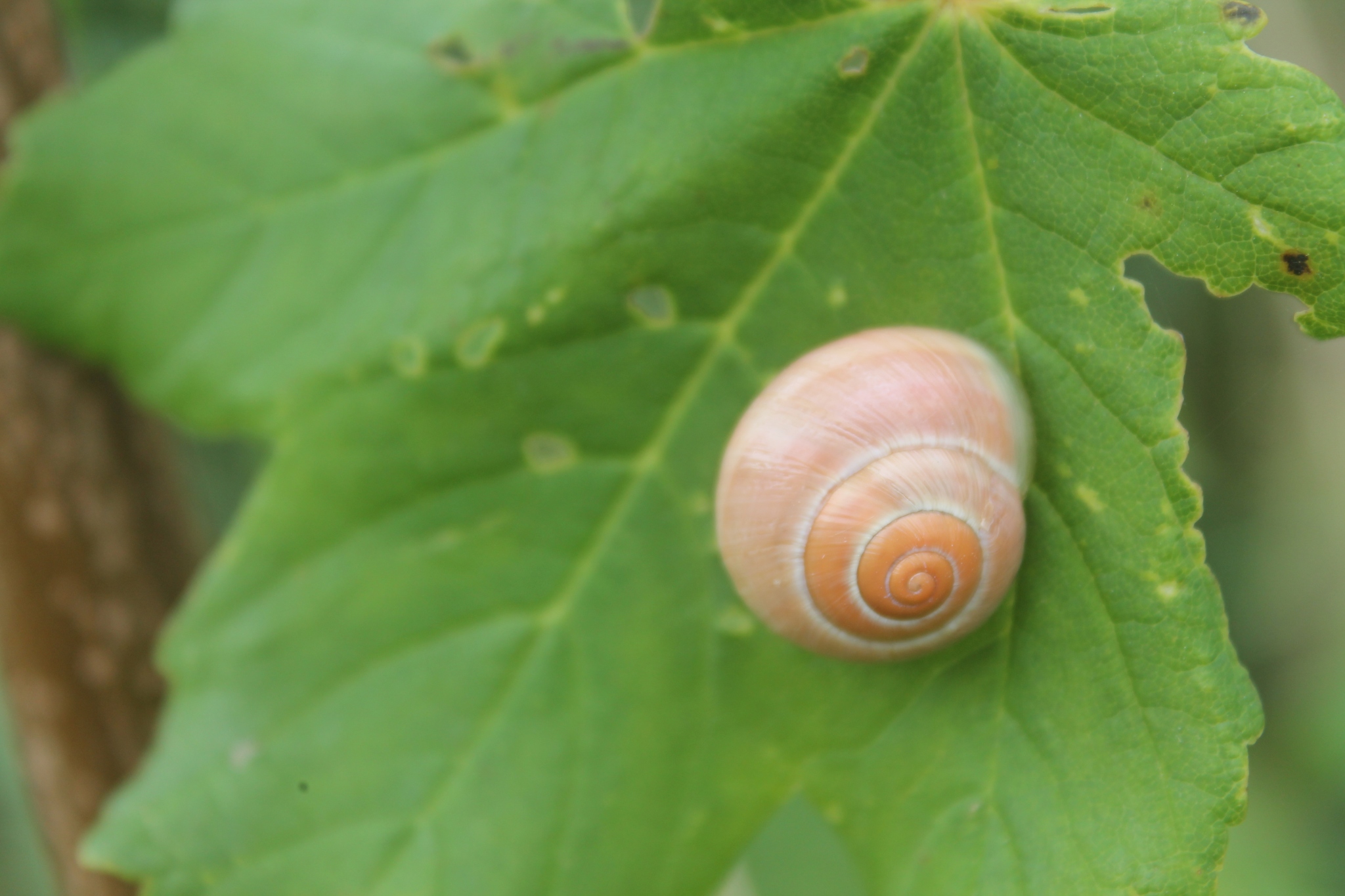 On a recent walk, I was searching for some interesting details to photograph and was rewarded with a few simple snails, napping peacefully on a leaf of their choice.  I love looking closely at their shells, admiring the texture and the elegance of the tight spiral. The lines on the snail below seem like they were hand-painted with ink.

In an effort to better understand how ecosystems work, lately I’ve been looking up the role of different animals within them.  I am grateful for snails, who help with decomposition of organic matter and provide many of their prey with precious calcium. 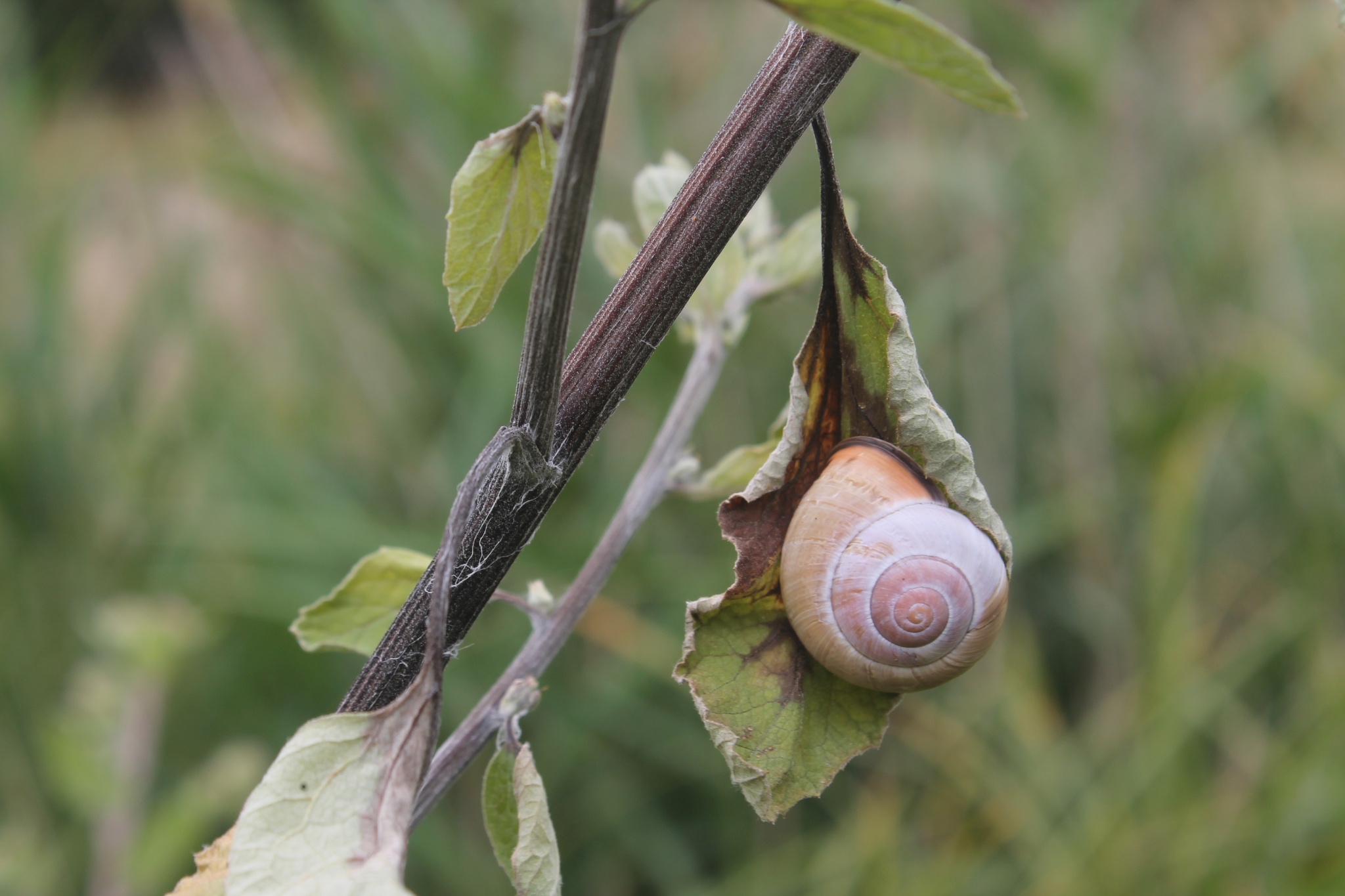 In my explorations down the internet rabbit hole of snail facts, I also discovered there is such a thing as aestivation, which is like hibernation but for summer.  When snails risk dessication because conditions are too hot or dry, they can go into aestivation to lower their metabolism until conditions improve.  I like this concept, and think I may adopt it as a perfectly good justification for these warm summer days when all I have energy for is napping in the shade:) 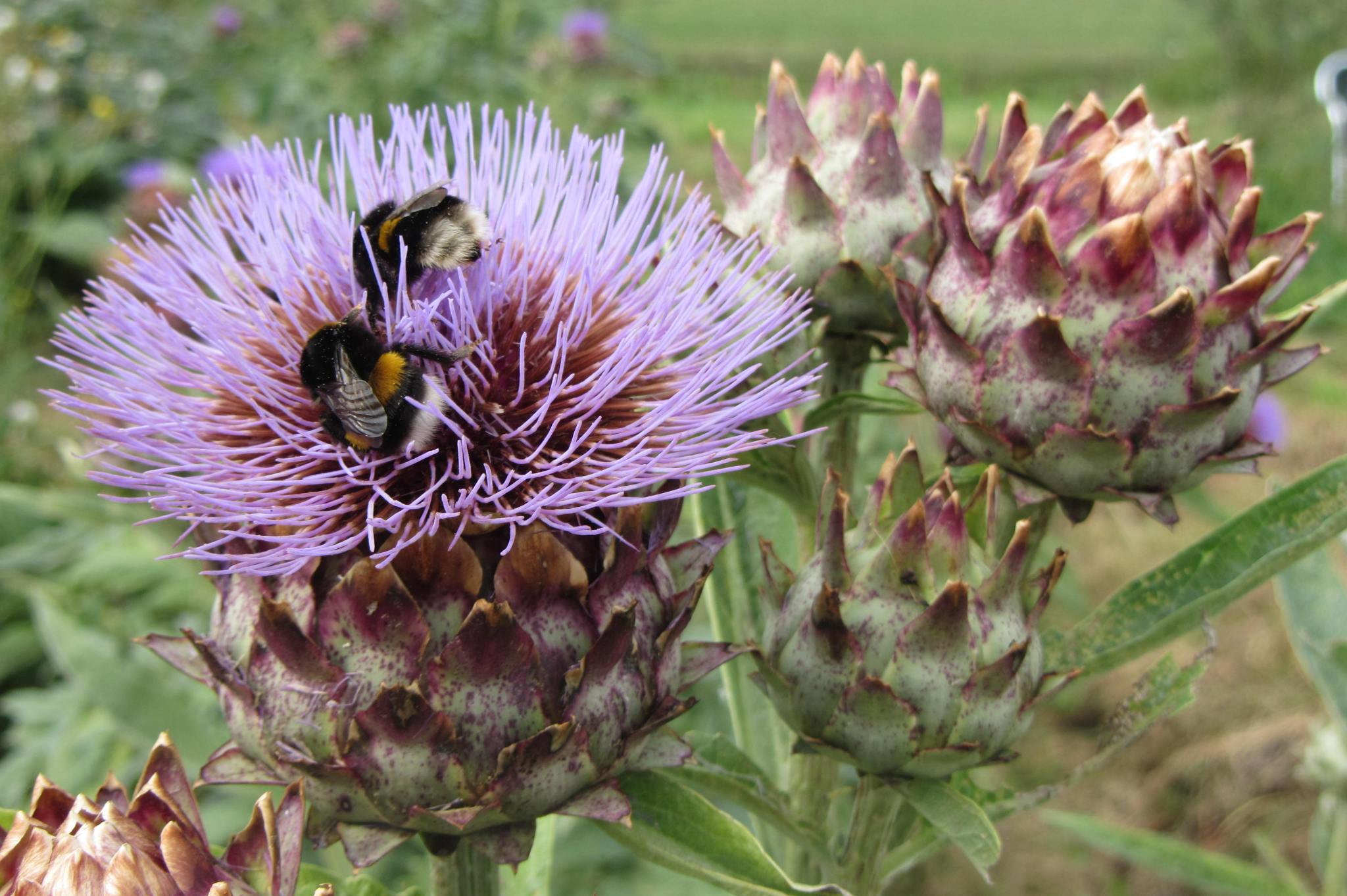 If you are looking for an uplifting and beautifully made documentary, I highly recommend going to the cinema to see The Biggest Little Farm on a large screen.  The  story-telling is fantastic, taking spectators along on the journey and showing through stunning imagery how ecosystems work and how all of nature is interconnected.

Seeing the beauty of a deeply healthy farm made me wonder how we strayed so far away from a system that can regulate itself, and this film is an inspiring example of how nature can bounce back relatively quickly given the right conditions.  And if all that is not enough… there are adorable piglets!

During my recent visit to the Botanic garden in Amsterdam Zuid, I was excited to see lots of plants that reminded me of those years of my childhood that I spent in Australia. I would not be able to tell you their names but they looked so familiar, like coming home.  It’s funny how as a child you take in so many details without realising.

As I write this, I wonder how at the botanic garden they manage to get these plants that are so specific to the Australian ecosystems to grow in the Dutch environment. And whether the plants have adapted to bloom in our season or are still aligned with that of the southern hemisphere.

As always, I’m fascinated by the details. This tiny pod looks like it is made of metal. Such perfection!

And of course the collection wouldn’t be complete without some lovely bright wattle, Australia’s national flower!